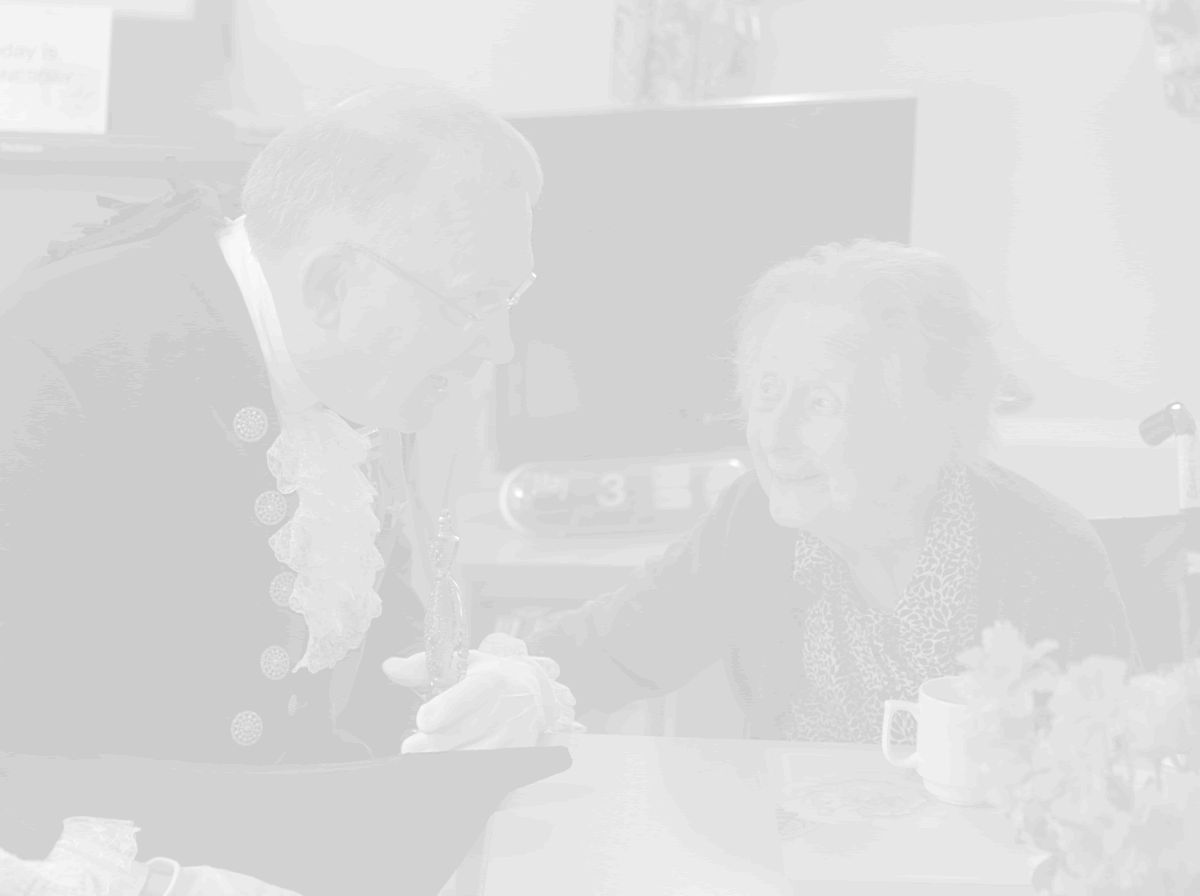 A few exchanges between young people and their elderly friends

AGE OF WISDOM – extracts from visit reports by YOPEY Befrienders
“Douglas is 96! He spoke about his wife but exclaimed that she isn’t in heaven because there is no such thing as god and that we live on a dying world so he is leaving at the right time before it can get any worse/“
“I took part in a quiz with residents. The questions were quite hard – it seems the residents' general knowledge is much better than mine, and that they were having a good time.”
“We discussed the news & the current political climate, eg whether 16 & 17 year-olds should vote? The residents thought it was a bad idea to allow us to vote because we are not yet mature enough.”
“Care home resident Margaret is from South Africa. She was teaching me how to say some words in Afrikaans. She loved teaching me & I enjoyed learning. Pretty cool!”
“Nora said I have lovely legs & should ‘flaunt them’. She came 2nd in a 'Miss Beautiful Legs' when she was young. Nora is amazing – she is 95, virtually blind, but has an incredibly positive personality.”
“We talked to Margaret. I say talked; we couldn’t get a word in. She showed us her cookbook. It was clear that she liked to cook – the recipes were very detailed.”
“I compared roles with Eva, Mary, Pam & Evelyn. We decided I have much more freedom as a young woman today than they had when they were young. As I left everyone said goodbye & thanked me for such an interesting conversation.”
AND DEMENTIA AWARE
“I sat with a resident. She wasn't talkative but clearly liked having someone to sit with because whenever I went to sit with another resident, she would always call me back.”
“Cath told me about a memory. There was a table with a carpet on top of it. Cath had tea but assured me that the tea tasted fine despite the carpet. I went along with this as Cath clearly believed it.”
“A resident asked me about her old boyfriend & what I knew about his past. I just carried on with the conversation & tried to avoid saying anything that could upset her.”
WALKABOUT
“I went for a walk around the care home with Mira, who told me she was trying to find her way home. We did several laps before Mira forgot what she was doing & sat down in the lounge.”